As the leading toy and baby retailer in Canada, Toys"R"Us and Babies"R"Us Canada are committed to giving back to our communities. We focus our charity efforts on helping children and their families when they need us most, supporting children with special needs, keeping kids safe and offering support to seriously ill or differently-abled children.

We're very proud to say that our Employees and Customers currently raise over $2.5 million every year for charities that help kids, including in-Store and on-site campaigns, golf tournaments, and Gala sponsorhip.

Autism Speaks Canada's mission is to change the future for all who struggle with autism spectrum disorders. They are dedicated to funding global research, raising public awareness about autism, and bringing hope to all who deal with the hardships of this disorder. Autism Speaks Canada aims to bring the autism community together as one strong voice to urge the government and private sector to listen to the concerns of children and families who live with autism and to take action to address this urgent global health crisis.

Since our partnership with Autism Speaks launched, Toys"R"Us Canada and our customers have combined to provide Autism Speaks Canada with more than $6 million.

Today, 1 in 68 children are diagnosed with autism, making it more common than pediatric cancer, diabetes, and AIDS combined. It occurs in all racial, ethnic, and social groups and is four times more likely to strike boys than girls. The prevalence has increased 600% over the last 20 years making it the fastest growing developmental disorder in the world.

Toys"R"Us is a proud National Sponsor of Walk Now for Autism Speaks Canada.

Toys"R"Us teams will be walking in the following events to raise awareness and funds to support Autism Speaks Canada. 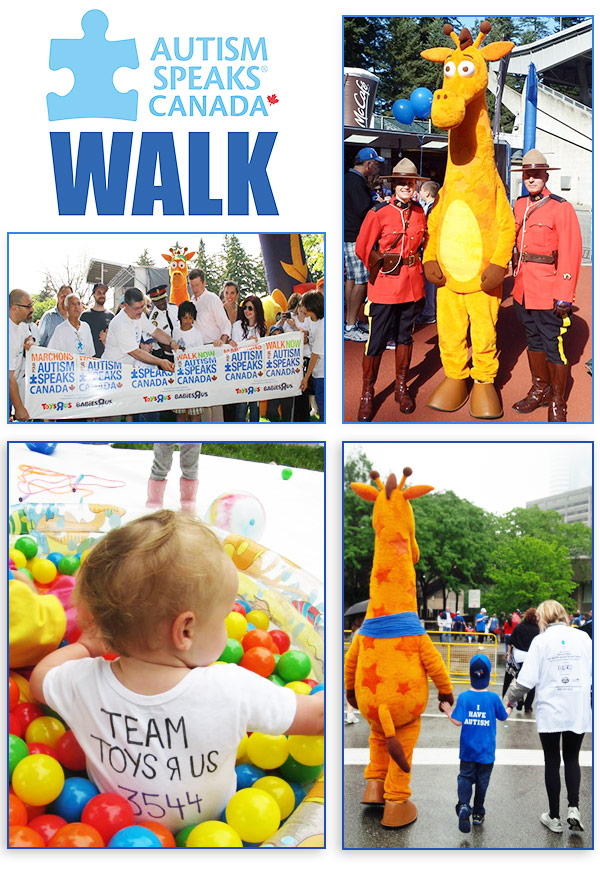 Starlight Children's Foundation is an international non-profit organization dedicated to improving the quality of life for seriously ill children and their families. Working with more than 130 hospitals across Canada, the Foundation provides an impressive menu of both in-hospital and outpatient programs and services. A leader in delivering distractive entertainment therapies, worldwide over 85,000 children benefit from Starlight's programs each month and over 12,000 in Canada alone.

Since our partnership began in 1998, Toys"R"Us Canada has donated more than $16 million to the Starlight Children's Foundation. 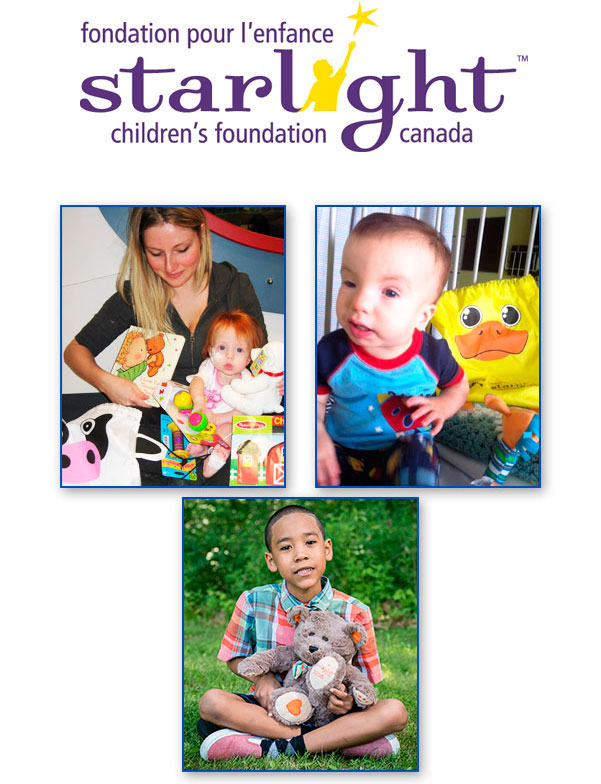